We don’t watch a lot of TV at our house. Other than our weekly viewing of The Walking Dead (I haven’t watched the mid-season finale yet, so no spoilers!) and an hour or so of cartoons before bed some nights, we would prefer to read or write or play with the kids. But lately we’ve been noticing some strange new shows that seem to be geared toward parents. Most of these haven’t received much fanfare yet, so I’ll take the opportunity to give you, dear reader, a brief synopsis of some of my favorites. 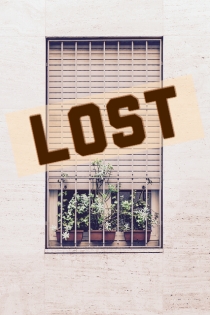 For months, no one has seen or heard from Jack and Kate. This once energetic and lively couple has seemingly disappeared, dropping from social networks and party guest lists as though they’ve been stranded on a desert island. But they haven’t been marooned in a distant land, they haven’t crash landed in the middle of the ocean. They’ve been confined to their own home, right in the center of Suburbia, for the past six months. Try as they may, they’ve been unable to so much as set foot outside since their twins were born. So they wait, for less than a year later this new world finally begins to make sense. They are once again free to venture out into their surroundings. But for how long?

“We should have another baby, Kate. We have to go back,” says Jack one evening.

“What?” says Kate. “We can’t go back there! Don’t you remember what it was like?”

Will Jack convince Kate to return to their life of isolation? Or will Kate put the kibosh on any such notions?

Claire and Frank had it all: a huge house, fancy cars, tailored clothing, great jobs. Everything was perfectly organized and spotless at all times. They cherished nothing more than spending time together in the evenings in their quiet home or dining with friends at quaint restaurants. But that has all changed forever. They’ve just brought their first daughter home from the hospital. And in the ensuing chaos, nothing is where it needs to be. Laundry and dishes are piling up. The floor hasn’t been swept in a week. And their clothes are fitting just a little tighter than they once did. Their once immaculate home has been blown to the ground, a heap of toys and diapers left in the rubble. As they race to pick up the pieces, they cling to hope that things will one day return to the way they were and that their friends will still be there. Unless, that is, they find out they’re expecting a second child… 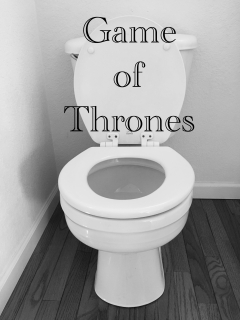 The sun has yet to rise o’er the House of Stark. One man seeks to claim what is rightfully his. Weeks of planning and maneuvering have led him to this day. For today is the day he will finally take a hot shower before work. Today is the day he can enjoy a blissful twenty minutes of silence in his throne room. Today is the day of victory. He has planned every step, waking before his wife, his children. With three bathrooms in this house, it cannot be possible that he is so soundly and frequently thwarted in his quest for the throne. But the other occupants of House Stark have also been planning, waiting for the perfect moment to foil his carefully crafted plot. Can our hero claim at least one of the three thrones in his suburban castle? Or will he once again be bested at this game?

With a teenage son, a pregnant wife, and a daughter on the way, Walter is terminally broke. Band, sports, cars, mortgage, and hospital bills have sapped every last dollar from his wallet—and sapped his will to live. Out of options and out of patience, Walter does the unthinkable in a desperate effort to simply make ends meet: he resorts to selling his most prized possessions. All seven video game systems. His Frank Thomas rookie card. His drum set. That hideous couch he’s had since his days in the college dorm. And unless he can figure out something else, his tools will be next. Can he avoid asking his parents for money? Can he avoid getting a second job as a chemistry tutor? That all depends on how quickly he can sell his things. And how much he gets for them.

Rick was just a regular dad, doing what he had to do to raise his son the best way he knew how. After a particularly rough day on the job with the Fulton County Sheriff’s Department, Rick returned home for some much-needed sleep. He climbed into bed and closed his eyes, only to wake up to the unthinkable: just five minutes had ticked by on the clock. Now the world he knew was gone. The neighborhood streets were crawling with Toddlers. Wailing, inconsolable Toddlers. And Rick knew that sleep would never come again unless he could find the cure. He has now been forced to lead a ragtag group of fellow parents on a sleep-deprived journey to find what caused the unrest and return some semblance of order to this sleepless new world.

As I mentioned, we don’t watch a ton of television, so I’m sure I left a few out. What are some of your favorite new parent-centric programs? If Wife and I have time between episodes to relax, maybe we can check out some of your suggestions.